Goodyear is a major name in the world of tires. Their products are used for cars, motorhomes, buses, motorcycles, and even airplanes! However, an announcement was recently made that Goodyear is recalling RV tires made between 1996-2003. It seems like a strange time for the company to recall these tires since this specific model hasn’t been made in almost 20 years.

The history of the G159 tire is messy, and some of the facts behind the recall are still unclear. In this article, we’re going to explore the facts of the recall, who is affected, and some of the background of these products. Goodyear is still a major company that has earned the trust of many people, but it’s good to look at the full picture.

What RV tires are affected?

On June 7, 2022, the National Highway Traffic Safety Administration (NHTSA) put out a press release that announced the Goodyear tire recall. This recall specifically focuses on the G159 tire, which was manufactured between the years of 1996-2003. The size of these tires is 275/70R22.5. This size and designation were frequently used for RVs and motorhomes, so that is where the recall is focused.

Goodyear is recalling RV tires after facing pressure from NHTSA. The RV tires were apparently not designed to hold up during extended highway use. This is bad news for RV owners because many people take their vehicles on long trips that involve a lot of high-speed driving.

There have been numerous reports of these RV tires failing on the highway. Due to the friction and stress of the experience, the RV tires heat up beyond normal standards and experience tire separation. The G159 tires were known to experience a high rate of failure at highway speeds, especially compared to tires of similar size and structure.

NHTSA has opened a defect investigation on the G159 after hearing numerous reports of accidents, injuries, and even deaths. The numbers vary depending on the source, but it seems that about 95 people have been killed or injured in crashes that can be linked to the G159 tire. Approximately 170,000 G159 tires are included in the recall.

Goodyear has stayed on the defensive during this recall. The company said it would recall the tires “to address risks shown to occur when the tire is used in an underinflated or overloaded condition”. They also stated that there are only a few of these tires still being used today due to their age.

Whenever there’s a recall from a major company like Goodyear, you’ll want to know if it affects you. Because these tires have been off the market for several years, you’re only likely to find them on motorhomes that are fairly old or that are being sold secondhand. If someone has been regularly driving with the same set of tires since 2003, there’s a very slim chance that they haven’t worn down due to old age.

Despite all of this, the G159 was a very popular tire that was used for several RVs and motorhomes for years. The NHTSA estimates that 17 different motorhome manufacturers used these tires between 1995 and 2015 (source). It’s entirely possible that RV owners have bought a model that uses these tires, even if they’re not aware of it.

In addition, this recall could affect those who own unused spare tires as well! Selling these tires is now illegal, and those who sell them to others could be in danger of legal fines. If you want to sell your motorhome with its current and spare tires, you might get into trouble.

On the other hand, Goodyear will replace your tires for free if you are impacted by this recall. They will also pay $500 for each tire that has not been used or attached to an RV. You can get good money for your unused spare tires and save yourself the risk of legal trouble!

If you’d like to read the NHTSA report, click here. Consult your buyer’s manual to learn about the specifications of your tires and vehicle. You can also visit goodyearrvtires.com to find your nearest retailer for a return or replacement. If you need more information about this process, call 800-592-3267 to speak to a Goodyear representative.

Goodyear is recalling RV tires only after facing years of pressure from NHTSA. They seem reluctant to admit guilt or responsibility for any of the issues these tires have caused and have only issued this recall under pressure. As stated above, they maintain the position that few of these tires are still in use and their concerns are due to people underfilling or overfilling the tires.

However, some sources indicate that Goodyear might have known about these issues as early as 2002. The G159 tires were made in such a way that the tire treat heats up and separates from the body. If this happens at highway speeds, the results can be catastrophic. Goodyear had a responsibility to report these findings within 5 business days of their discovery, but these tires have remained on the market until June of 2022.

NHTSA urged Goodyear to recall these tires several times. As recently as March 2022, the company still refused to recall the G159 tires. NHTSA eventually threatened to move forward with court action and a public hearing if the tires were not recalled and Goodyear relented (source).

This behavior is troubling, especially for long-time fans of Goodyear RV tires. The company withheld information about these tires for many years, using confidentiality as a shield from many investigations. NHTSA believes that little to no competitive harm would come from Goodyear releasing the information they requested, but the company routinely issued court orders to hide information about their tires and testing (source).

Many people still have faith in them and the troubles caused by the G159 tires may just be a blip on the radar. However, it’s important for companies to take accountability for their products and actions.

We urge customers to find out if their vehicles are using G159 tires and bring them in for a replacement or refund. New G159 tires have not been made for several years, but older motorhome models could still be in danger of tire failure.

Make sure you keep track of all your RV tire maintenance and repairs with an online tool such as RV LIFE Maintenance. Not only can you keep all of your documents in one place, but you’ll also receive timely reminders when maintenance is due to help you avoid costly repairs and potentially serious accidents. 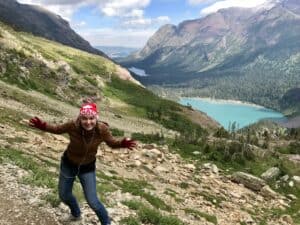 Emily Lawrence lives in Idaho with her husband Nathan. Despite the cold winters in this area, it's Emily's favorite season! She loves to spend time skiing, roadtripping, and just exploring the outdoors.

link to Work Camping Through Amazon CamperForce: Everything You Need To Know

Can You Use A Blue Flame Heater In Your RV? Many RVs use heat sources that are powered by propane. Blue flame heaters are a popular choice, but it's important to know the safety risks of any...