The U.S. Department of Interior recently announced they will be granting free entrance to the national parks, wildlife refuges, and other federally-managed public lands to all U.S. military veterans and Gold Star families.

What public lands are included?

The new program, which will go into effect starting Veterans Day, will waive the entrance fees for NPS sites and Fish and Wildlife Service sites, as well as standard recreation fees for the Bureau of Land Management and the Bureau of Reclamation sites.

“With the utmost respect and gratitude, we are granting veterans and Gold Star Families free access to the iconic and treasured lands they fought to protect starting this Veteran’s Day and every single day thereafter,” Secretary Bernhardt said in a recent press release.

This will include free access to over 2,000 sites across the country for activities like hiking, biking, camping, fishing, and paddling. Many of the DOI-managed lands have a direct link to the military, such as historic battlefields, national cemeteries, and memorials.

What do you need for identification?

The initiative will grant free access to all veterans who have served in the U.S. Armed Forces, including the National Guard and Reserves. It will also include Gold Star Families, which is classified as the next of kin of a member of the United States Armed Forces who lost his or her life in a “qualifying situation,” such as a war, an international terrorist attack, or a military operation outside of the U.S.

Those who have served, or whose families have served, will need to present one of the following forms of identification to receive free entry:

“This initiative will provide American Veterans the opportunity to find peace and healing in the outdoors in addition to discovering the beautiful lands that we sacrificed so much to protect,”

The annual America The Beautiful Pass is already provided for active duty service members and their families. There are also several “Free Admission” days throughout the year to commemorate days such as Martin Luther King Day and National Public Lands Day, in which all visitors can save on the regular entrance fees.

To learn more about the new program, see their recent press release here. You may also like our previous article on Blue Moon RV Donates Renovated Fifth Wheel To Carry The Load Charity. 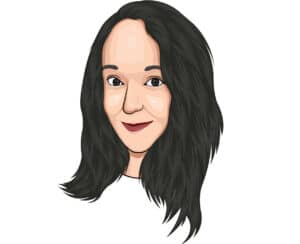 Nikki is a writer and editor for Do It Yourself RV, RV LIFE, and Camper Report. She is based on the Oregon Coast and has traveled all over the Pacific Northwest.

link to The Best Class A Motorhome Under 35 Feet

The Best Class A Motorhome Under 35 Feet Class A motorhomes are wonderful luxury vehicles that let you and your family travel in style. In many cases, these vehicles can be quite large and...